Security Tokens and the Capital Markets Revolution by Jeff Pulver 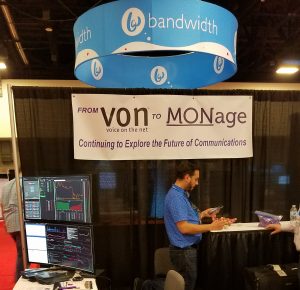 Remember FreeWorldDialup and Vonage? They were the ideas of Jeff Pulver, Father of VoIP. As he says, it is obvious that he is a fan of disruptive technologies.

He says in a recent message to his followers, “When I first experimented with VoIP in 1995, it was a foreshadowing of a technology shift that would redefine the communications industry. It has taken me all these years to find a technology platform as disruptive as VoIP was to traditional Telecom until now.”

Blockchain does not have to be as mysterious as a wrinkle in time or a black hole. It enables for business, as Jeff says, to leverage a bigger wealth creation opportunity than the value created by the introduction of the traditional Internet to business back in 1994.”

It enables anyone to become a wealth creator but to actually get something out of the wealth than a few likes, shares and comments. It translates to economic value.

The Father of VoIP continues, “While many involved in the global ICO marketplace in April 2018 are worried about the regulatory status of something known as utility tokens, I have been spending my time thinking about the disruptive power of a new asset class, the security token.

“My professional involvement in financial markets and trading systems dates back to the early 90s when I was involved in fixed income analytics and working with real-time market data. I was fascinated with CyberCash [founded in August 1994 by Daniel C. Lynch (who served as chairman), William N. Melton (who served as president and CEO, and later chairman), Steve Crocker (Chief Technology Officer), and Bruce G. Wilson] and DigiCash back in 1994/95 but I followed a different path. In 1998 I started Min-X, which was a Fintech startup focused on creating a spot market for VoIP termination. Min-X pivoted and became Vonage in 2001.

Think back to 1998 when Paypal changed the financial, gig and retail buy and sell spaces.  And… what happened to CyberCash and DigiCash? CyberCash filed for Chapter 11 bankruptcy in 2001, just three years after its startup. VeriSign acquired most of CyberCash assets and name soon after. Four years late on November 21, 2005 PayPal (already an eBay company) acquired VeriSign’s payment services which included CyberCash. The founder of DigiCash invented the cryptographic protocols that the system was built upon. DigiCash declared bankruptcy in 1998  sold its assets to eCash Technologies, another digital currency company.  Three years later in 2002, eCash Technologies was acquired by InfoSpace on Feb. 19, 2002. Believe it or not, Infospace is till around.

“On the regulatory side, it is one thing to challenge communications law and [another one] to petition the FCC for * regulatory clarity. When I learned about the power of the SEC to enforce ** rescission, I quickly realized one should get it right the first time and avoid defective security offerings.

“Why spend time and take risks associated with issuing a utility token in 2018 when you can follow the guidance given by the SEC and the JOBS Act, embrace best practices, and issue a security token while doing everything necessary to be SEC compliant?

“The adoption of security tokens in business offers the opportunity to be disruptive to the global capital markets industry. I personally believe trillions of dollars of assets will shift from traditional markets and trading platforms and will move into the security tokens market by 2023.

“By the end of 2023, I expect many companies listed on exchanges like NASDAQ and NYSE will issue a security token that is designed to help the company be more competitive in their respective business sector. I also expect we will see tens of thousands of companies able to raise money from their communities, and have their tokens traded on security token exchanges.

“We are living in a transitional time in the global equity markets. A time where I understand 3 trillion dollars are sitting in hedge funds and only 3 billion dollars are traded on crypto exchanges. I am looking at the introduction of security tokens to provide a platform for trillions of dollars to move into this ecosystem.

“After spending time during the past few weeks in: New York City, Tel Aviv, Toronto, Miami, San Juan, Tokyo and Seoul, it has become clear to me there is a lot of education to be done to share the amazing disruptive power of the security token.  This knowledge inspired me to launch the Security Token Association.

“Once security tokens are better understood, the coming of the Capital Markets Revolution will become obvious.  While security tokens have come into this world through a rather unpredictable path, their impact will be felt on a global scale.

“I am grateful to be working in this industry at this moment in time, with the opportunity through my work at Alchemist to work with clients interested in issuing Security Tokens. Interested in security tokens? Please drop me a line and let’s connect,” says Jeff Pulver.

* What is regulatory clarity? Some say that the lack of regulatory clarity is holding back the development of blockchain technology for cutting the cost of share trading in the world’s trade body for exchanges.

** What is rescission? It describes like … when a contract is terminated as if it never existed. Is is the revocation, cancellation, or repeal of a law, order, or agreement.